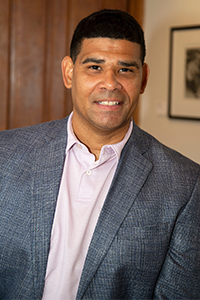 LtCol Brandon Gregoire USMC (Ret) is a native New Orleanian, who served on active duty as an intelligence officer in the United States Marine Corps from 1996-2019. Over his 23 year career, he operated at every level of intelligence: tactical, operational, and strategic. His career highlights include serving at a national level intelligence agency, as the senior intelligence official of an infantry division, as the commanding officer of an intelligence battalion, as an intelligence foreign security force advisor, as a Department of Defense Congressional Fellow with a U.S. Senator on Capitol Hill and as a speechwriter to the Commandant of the Marine Corps at the Pentagon.

LtCol Gregoire has extensive interagency experience to include leading a National Intelligence Support Team in a high-threat foreign capital and serving as an advisor to the FBI in a forward location. He completed five combat deployments conducting intelligence operations in such places as Iraq, Afghanistan, and Bosnia. He received 18 military decorations to include the Bronze Star Medal, earned as the senior U.S. military intelligence officer during the 2008 Battle of Basra.

What advice would you give to someone who's considering finishing their degree, or starting for the first time as an adult?
Life is not a dress rehearsal. Pursue your goals and dreams, persevere and be resilient.

What is the best advice you've ever received?
Trust your instincts...always.

Without saying what the category is, what are your top five?
Gumbo, Jambalaya, Crawfish Etouffee, Crawfish Bisque, Red Beans and Rice.