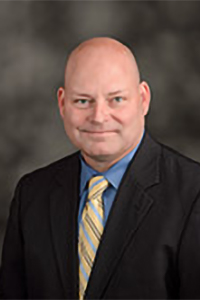 Mark Richards is a lecturer within the Tulane University, School of Professional Advancement, Emergency and Security Studies Program.

Mark holds an Associate of Science in Criminal Justice from Nicholls State University in Thibodaux, Louisiana; a Bachelor of Arts in History from Excelsior College in Albany, New York; and a Master of Public Administration from Louisiana State University in Baton Rouge, Louisiana. He is also a graduate of the Northwestern University School of Police Staff and Command, and the Northwestern University Executive Management Program in Evanston, Illinois. During his academic career, he has been selected for and maintains active memberships in Phi Kappa Phi, Omicron Delta Kappa, and Pi Alpha.

Mark brings vast practical and academic experience as an Emergency Manager and law enforcement professional to the Emergency and Security Studies Program at Tulane University.