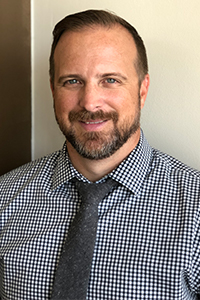 Mr. Cogan has taught at SoPA since January 2009 in intelligence research, methods, and analysis, and domestic and international terrorism in the Emergency and Security Studies program. He has over 23 years of experience in military intelligence, counterterrorism, antiterrorism, force protection, and mission assurance disciplines, as both a uniformed Marine and civilian consultant, and is a subject matter expert (SME) on intelligence and threat information sharing processes within the CENTCOM, PACOM, EUCOM, and NORTHCOM AORs.

What advice would you give to someone who's considering finishing their degree, or starting for the first time as an adult?
Embrace the challenge of self-improvement and open your mind to new thoughts and ideas.

What is your favorite thing about SoPA?
The professors and adjunct faculty have extensive, real-world experience in the fields they instruct.

What is the best advice you've ever received?
Never shy away from facing adversity, both personally and professionally.