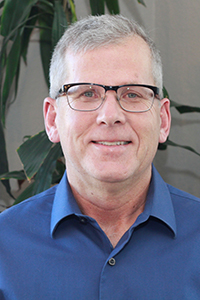 Doug Fred comes to SoPA from the corporate world where he spent the bulk of his career – 25 years – in the semiconductor and high-tech industry. His experience spans the complexities and the interdependencies of the numerous infrastructure systems that support semiconductor chip fabrication, research and development, and product manufacturing.

Both the depth and breadth of Mr. Fred’s experience in the complex nature of the high-tech environment have provided a foundation for understanding the complexities, and interdependencies of our nation’s 16 Critical Infrastructure sectors. During his tenure, he led teams in areas of risk assessment, emergency preparedness and response, data collection and analysis, and systemic analytical troubleshooting, and quality control program development. These disciplines are integral to the development of “resilient and secure infrastructure”; which is the ultimate goal of Critical Infrastructure Protection (CIP) and the National Infrastructure Protection Plan (NIPP).

In his spare time, he stays active in various interests such as; self-performing numerous home construction projects, leading and developing curriculum for a K-12 boys mentoring program, mountain biking, motorcycling, hiking, photography, and team sports such as basketball and softball.

In response to the many curious looks he receives when providing his last name “Fred”, he simply tells folks that the family name was changed from Johansson to Fred when his grandfather still resided in Sweden. As a side note, he states that “Fred” in Swedish means “peace”; it simply didn’t carry the meaning forward into English.

What's the first career you dreamed of having as a child?
I wanted to be a cattle rancher who raised registered Limousine cattle.

Who has influenced you most in life?
A man by the name of Martyn Lloyd Jones who was the Minister at Westminster Chapel in England for 30 years.

What advice would you give to someone who's considering finishing their degree, or starting for the first time as an adult?
It will be challenging, invigorating, and at times frustrating, but it will be worth every minute that you devote to it...Go For It! I don't believe you will ever regret it!