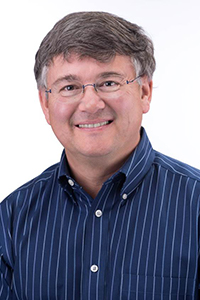 Dr. White teaches online courses in terrorism and homeland security for Tulane university. He also serves as a Research Assistant Professor in the Computer Science Department at the University of Colorado, Colorado Springs where he makes his home. He taught Air Force Academy cadets their senior military course before retiring from the Air Force in 2004. He spent his Air Force career as a computer-communications officer with postings in the US and Europe programming nuclear cruise missiles, developing NATO command and control systems, designing and managing computer networks, directing communications for Operation PROVIDE COMFORT, and overseeing NORAD computer systems in Cheyenne Mountain. After retiring, he pursued his interests in education and homeland security, publishing one of the first textbooks on the subject in 2005, and becoming an associate at the UCCS Center for Homeland Security. For three years he conducted homeland security exercises at USNORTHCOM, and spent a year as an emergency planner at the El Paso County Office of Emergency Management. In 2013 he received his Ph.D. in Security Engineering. He has an MS in Computer Science, a BS in History, and is published in many journals. In 2014 he returned to UCCS under a research contract from the Department of Homeland Security Science and Technology Directorate (DHS S&T) to develop a uniform risk analysis methodology for lifeline infrastructure. Dr. White continues to conduct research for DHS S&T, and teaches courses in homeland security and cybersecurity.