Please continue to check your Tulane email, Canvas, the SoPA COVID-19 FAQ, and the Tulane Return to Campus page for updates. 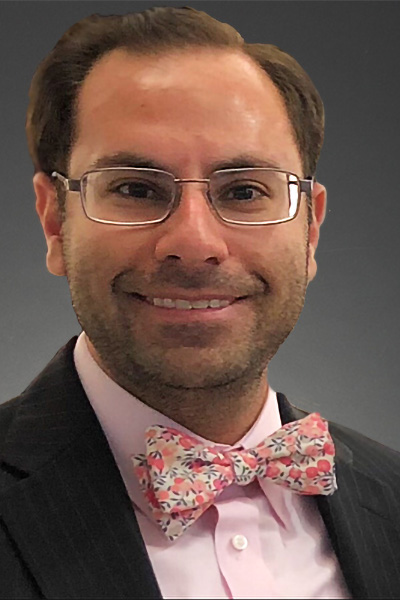 Law and engineering intersect in a unique discipline: intellectual property law. Mark Melasky built his career at this crossroads, combining his passions to become a practicing patent attorney with Intellectual Property Consulting, LLC, and adjunct professor in Tulane School of Professional Advancement's (SoPA) Information Technology program. Melasky is also the co-founder and steering committee chair of Louisiana Invents, which is administered by The Ella Project as part of the U.S. Patent and Trademark Office Patent Pro Bono Program. Through this initiative, he helps entrepreneurs patent their inventions. With his guidance, they can launch businesses that boost tech and innovation in New Orleans.

“I like to say I have a few full-time jobs,” Melasky puts it.

Growing up in Texas, Melasky thought he would become an engineer because he loved to build things, and his father had a degree in the field. He attended the High School for Engineering Professions in Houston, which set him on the right path to attain this goal. At the same time, however, he was becoming interested in law as a field of study.

“I was planning my dual life,” Melasky says. At the end of Melasky’s senior year, a local law firm, Patterson & Sheridan, awarded a scholarship for a student interested in becoming a patent attorney—attorneys that must have a background in science or engineering. Melasky won the scholarship. Patterson & Sheridan also offered Melasky a summer internship.

“I was learning everything there is to know about patent law at a basic level, and it hit me: This is what I want to do,” Melasky says. “It was the fusion of science, engineering, and law. You have to understand the invention, argue how it works relative to other inventions, and try to get the maximum scope of legal protection. I was totally sold.”

Finding Tulane and Falling in Love With New Orleans

After earning his bachelor’s degree in engineering, Melasky conducted a national law school search. Tulane University was the best fit for him, both geographically and culturally.

“New Orleans absolutely pulled me in,” he says. “People have such an incredible work-life balance—and actually take the time and energy to have fun. In other places I had lived, people were just focused on work.” Even after returning to Houston for a summer associate job at a law firm, he couldn’t wait to get back to New Orleans.

“There’s a very strong community feel, and once you’re part of that, you can’t really leave,” Melasky says. “I thought, ‘I need to settle down here, plant some roots, and get going. I just can’t imagine living anywhere else.’”

Discovering a Passion for Teaching

Melasky discovered his enthusiasm for teaching when his father, an adjunct professor of business law for engineers, invited him to guest lecture on patent law. He soon found a way to delve further into this new field of interest. A job teaching Zumba at the Tulane Recreation Center put Melasky in a position to learn about opportunities at the university. In that unlikely setting, he learned Tulane was seeking pitches for a new business school course. He had been looking to diversify his income since law firms were struggling to survive after the recession, and job security in the field was uncertain—so he made his best pitch.

“I thought it was important for undergraduate business students to understand how patents, copyrights, and trademarks work because so much of a company’s value is built into intellectual property now,” he says. “Even if students aren’t going to be patent attorneys, it's still really helpful to know the moving parts.” Melasky started teaching this intellectual property course in 2015 and hasn’t looked back. He went on to build and teach Cyber Law and Policy for information technology management students. The SoPA course covers areas such as contract work, how criminal laws apply to cybersecurity and privacy issues, and cybersecurity laws such as the General Data Protection Regulation (GDPR). It also helps students develop critical skills in public speaking and advocating for their work.

“Many students might have public speaking anxiety, and working with all the legal jargon doesn’t help,” Melasky says. “But by the third or fourth week, they’re writing and explaining complicated cybersecurity issues as if they’re lawyers themselves.” Melasky started teaching in his late 20s. Since then, he’s also had a unique opportunity to relate to students and guide them in building their careers. “I was able to say, ‘I've just been through this. I know how this works. Yes, I'm here to teach you this subject, but I’m also here to mentor you in the ultimate goal of college: to get you a job,’” Melasky says. “The transaction doesn’t conclude when I submit the grade.”

Beyond the classroom, Melasky is the co-founder and steering committee chair of the Louisiana Invents pro bono program, which matches volunteer patent attorneys with local small businesses and entrepreneurs who cannot afford to pay for legal representation.

“I'm passionate about trying to create economic opportunities for people without resources,” Melasky says. “Money really should not be a prerequisite to success, and it should not be in any way a barrier to opportunity.” He hopes that supporting local innovators will help boost the New Orleans economy and bring startup culture to the area. “There are intellectual property hotbeds like Silicon Valley, Boston, and Austin, and I want New Orleans to be part of that,” Melasky says. “If you want to become a successful startup, you come to New Orleans. That’s one of my goals.” Melasky also helps support future tech innovators by teaching in Tulane’s online Master of Professional Studies in IT Management program. “Many SoPA students work full time or are going back to school after taking time off,” he says. “The remote learning program is a solid equalizer, giving people an opportunity they otherwise wouldn’t have.”

Tulane School of Professional Advancement information technology degree programs and certificates are designed to help students pursue advanced careers in the growing fields of technology, cybersecurity, and programming. Through online and on-campus learning opportunities, students develop the business acumen, real-world experience, and problem-solving skills they need to become leaders in an evolving market. Learn more about adjunct professor Mark Melasky and how Tulane University SoPA can help you pursue your career goals by following our career development events schedule for more information. 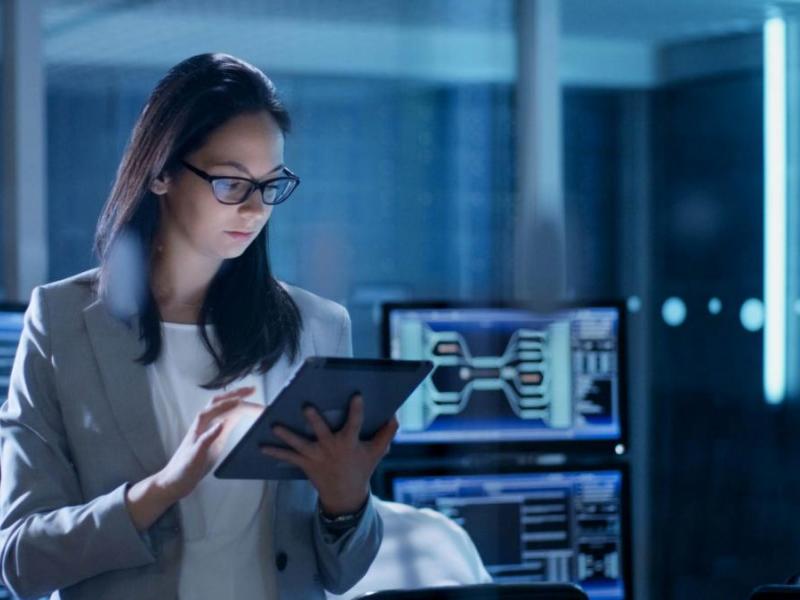 The Basics of Cloud Security 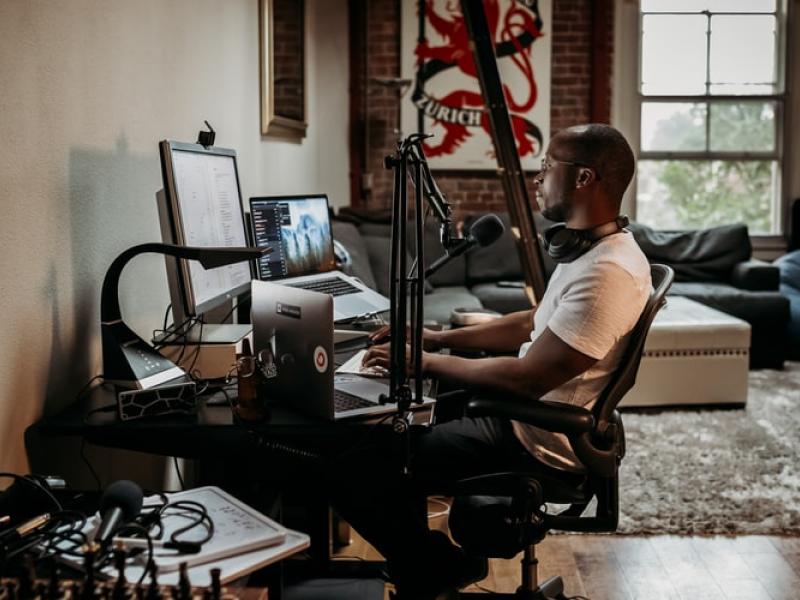 The Benefits of Having Strong Communication Skills as a Tech Professional 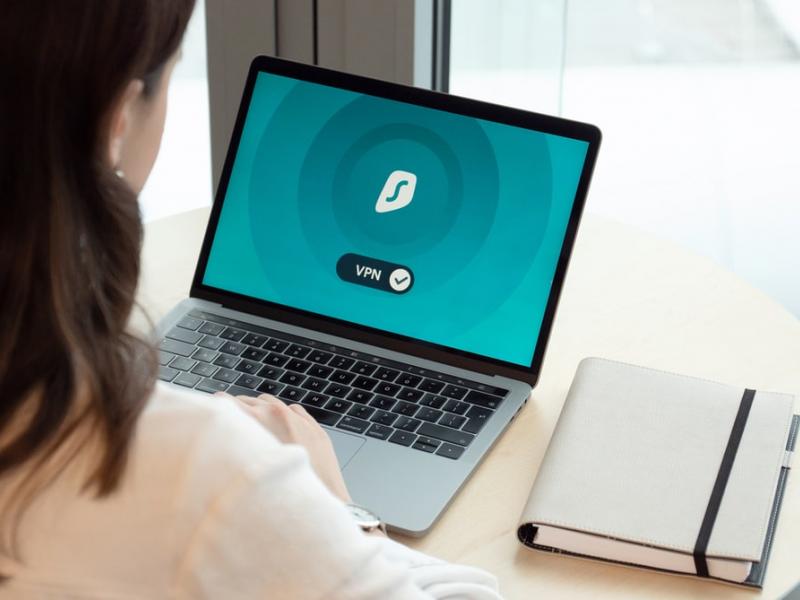