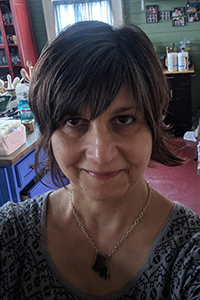 Anita Mital is a Solution Architect in Data Warehousing, Reporting, and Analytics for Entergy. Anita grew up in New Orleans and still resides there. She graduated from LSU with a degree in Mathematics and from Tulane with a second bachelor’s degree in Computer Information Systems in 1997. She has worked as a programmer, a project manager, and in workgroup computing until she landed on a data warehousing and reporting project and her role finally clicked.

She supports multiple data warehouses, a data lake, and various different reporting applications for internal reporting at Entergy. She works with many different departments within the company to help customers resolve reporting issues and to find data that they are looking for then design and build a structure appropriate for reporting. Part of her role is to also safe-guard data and ensure that only people with the appropriate approval have access to what they need.

She also is part of a committee that holds a Women in IT meeting each month that holds discussions on career paths and work-life balance. She holds regular meetings for a user group, which includes people in all areas of the business, not only IT.

She has worked as a lead in her group for many years and enjoys finding the correct solution for an issue. She wanted to be Nancy Drew when she was young and feels that her current role has helped her fulfill that goal. There are many different areas within IT and different skill sets that develop with each role, the trick is finding the right role.