Data breaches are the unfortunate consequence of data being released to sources outside a circle of trust through leaks, hacks, and other ways to lose or expose that data. In July 2019, a massive data breach occurred in India. Data from 49 million Instagram user accounts leaked through a third-party app called Chtrbox. An unsecured database containing the user data came to light. However, while the company's response to the breach was swift, it was not fast enough to prevent some unauthorized access to the data. The digital landscape is in a constant state of flux, with trends and techniques changing rapidly. This makes companies’ cybersecurity strategies challenging to implement and maintain.

The Field of Cybersecurity

The dedicated efforts of a cybersecurity team stand as a bastion against data leaks and breaches. Professionals in the field are well equipped and prepared to see the signs of a breach. They are trained to prevent the access and leaking of sensitive data, keeping a company’s data assets safe from intruders. Graduates of the Online Master of Professional Studies in Cybersecurity Management from Tulane University have the skills and training required to meet the challenge.

Within the industry, five notable policy trends are increasingly crucial to maintaining a company's cybersecurity. These trends, which are outlined below, are actionable steps that businesses can implement to aid their current level of cybersecurity and to ensure that they address vulnerable positions.

Blockchain implementation forms a core cybersecurity policy that businesses should explore. A blockchain is an emergent technology that allows for the storage of data, or records, in “blocks” located around a network in a series of nodes. Blockchain is a secure method of data protection because it requires at least half the nodes in the chain to be changed simultaneously to modify the record completely.

A prime example of a breach that a company could have avoided with a blockchain is the MyFitnessPal breach. According to CNBC, both the mobile user app and the website were hit by a data breach, resulting in the loss of data from 150 million user accounts. Included in the data breach were usernames, passwords, and email addresses for all the affected consumers, although fortunately, no user payment information ended up in the leak.

With this many users, had the company looked into implementing a blockchain, it would have been far more secure a system since each user would have been responsible for the security of the overall chain. Blockchain enables users to have control of their data and by implementing the distributed ledger system, makes it almost impossible for unauthorized users to gain access to the system. The system is not without its flaws — a copy of the entire chain would need to be stored on each device, taking time and storage space. However, for an enterprise, it might be useful with a more limited number of nodes.

Endpoint security applies to any device that is on a cloud network. Each device that has access to the system should be considered an endpoint. However, using traditional antivirus security to secure these devices is not a viable cybersecurity policy, as threats to endpoints evolve daily. With more companies adopting internet of things (IoT) platforms and tools as part of their business operation, the endpoints that have access to the company’s data multiplies significantly.

Endpoint breaches happen when malicious software exploits a weakness in the basic security protocols of a device. While in most desktop computers and Android devices, security breaches are patched as soon as the business becomes aware of threats, this is not fast enough to deal with endpoint security. Modern methods of endpoint and device security incorporate machine learning and artificial intelligence (AI) to help recognize malicious signatures and isolate them until the device receives verification from a server.

The result of implementing machine learning and AI in endpoint security is that devices can secure themselves automatically. By scanning incoming signatures and matching them against potential threats using a set of common sense rules to determine if a packet is likely to contain dangerous information, devices can secure their systems and thereby the entire network.

One of the most typical methods of gaining unauthorized access to data is through social engineering. The basic premise of this method is that human beings tend to be trusting. By gaining the trust of a person, a hacker can potentially get that person’s password. If not, the hacker would at least have access to personal information that may be helpful in breaching the user’s security question, which many companies have as a backup to their primary password protection. User awareness is a core cybersecurity policy to ensure that this does not occur.

A classic example is reported by Dark Reading, an InformationWeek IT Network brand, disclosing an ex-employee of SunTrust may have taken data belonging to 1.5 million bank customers. SunTrust apprehended the employee after the employee went on to create a hard copy of the information, with the intent to share it with an unknown external source.

The difference with this type of data leak is that the threat is not external to the business. The danger comes from the inside. By informing employees and helping to keep them aware of the company’s data policies, a business hedges its bets against its employees falling prey to typical social engineering methods. Additionally, having policies in place that provide an inherent check to an employee’s actions makes for a much more secure system.

No software is entirely secure once it is released. Some hacks, referred to as zero-day exploits, occur the same day the software goes live. In many cases, the battle between software manufacturers and cybercriminals is an ongoing arms race to outmaneuver the other team. Since the world is connected, releasing downloadable patches to update software is part of staying ahead of cybercriminals. However, patches are only useful if the company applies them promptly according to its cybersecurity policy.

One of the most massive, notorious data breaches in recent memory, the 2017 Equifax security breach was due to a series of bad management decisions. One of these, according to Wired, was the decision to avoid patching a known web exploit. The vulnerability that the patch should have fixed served as the entry point for malicious users to get Equifax’s data. While the lack of patching was only one factor in what many now consider a gross mishandling of cybersecurity, it serves as a reminder about how vital efficient patching of software is to maintaining cybersecurity.

As it stands, however, cybersecurity teams rely on software manufacturers to release patches regularly. Without that support, cybersecurity teams can only do so much to prevent malicious access through known vulnerabilities. This is also why businesses should not invest in software that has passed its maintenance period: without the necessary patches to keep that software up to date, the company is opening itself up to potential problems.

5) Expanded Disclosure About Breaches from Companies

Admitting mistakes is a trait of not only humans but also companies. A problem surfaces when a business has a data breach but fails to inform affected individuals about it. Incomplete reporting about violations seems to be a standard response to many data breaches. However, putting damage control aside, failing to promptly report a data breach can have dire consequences on individuals whose data was lost.

Harvard Business Review notes the inadequate disclosure that Marriott International demonstrated in its 2019 breach. According to the most recent reports, over 383 million customer records had been compromised in the breach. More concerning is that among that data were 25 million passport numbers and over 8 million payment cards, both credit and debit. The fact that Marriott took 11 weeks to reveal the breach after discovering it shows the company’s inadequacies in reporting cybercrime to the people who were affected the most: its customers.

Ensuring that users know that hackers have their data helps them to better deal with the situation. Some measures they can take are changing their passwords and contacting their banks to modify their payment systems. However, if users do not know that their information is in the hands of a malicious actor, they cannot respond appropriately. The onus is on the companies to report cybercrime as soon as it happens.

Cybersecurity professionals are at the front lines of the battle with cybercriminals. They are the ones who shape these policies and ensure that the company implements them for the safety of both the business and the customer. Do you want to go head-to-head with cybercriminals in their environments? You will need proper training to do so. The Online Master of Professional Studies in Cybersecurity Management from Tulane University offers graduates all the training and tools they need to enter the field with confidence. 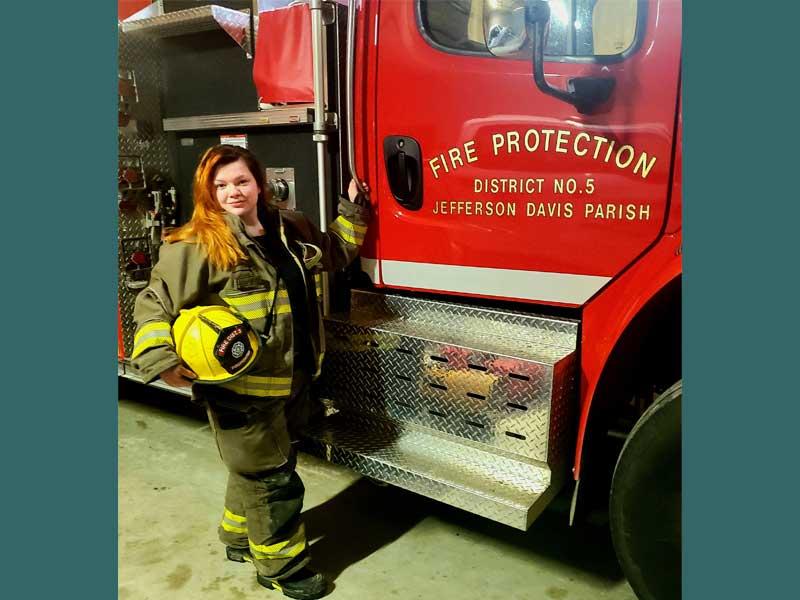 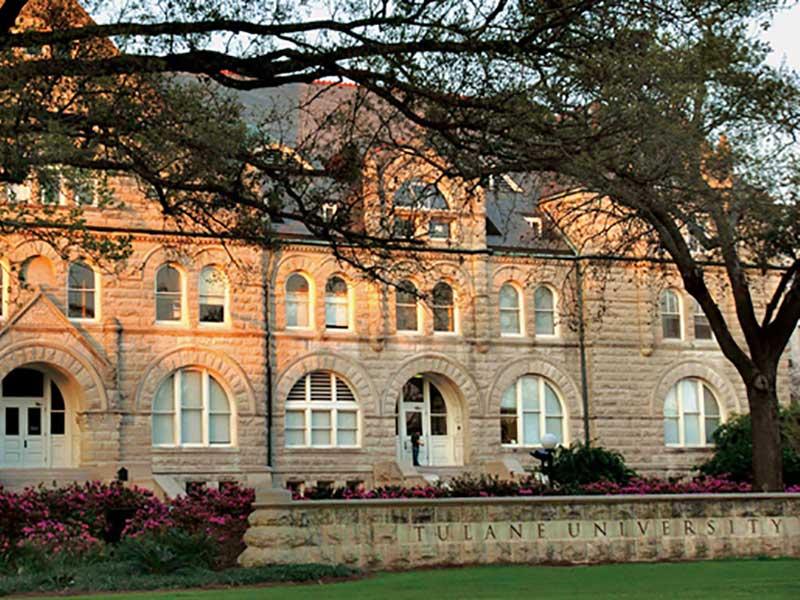 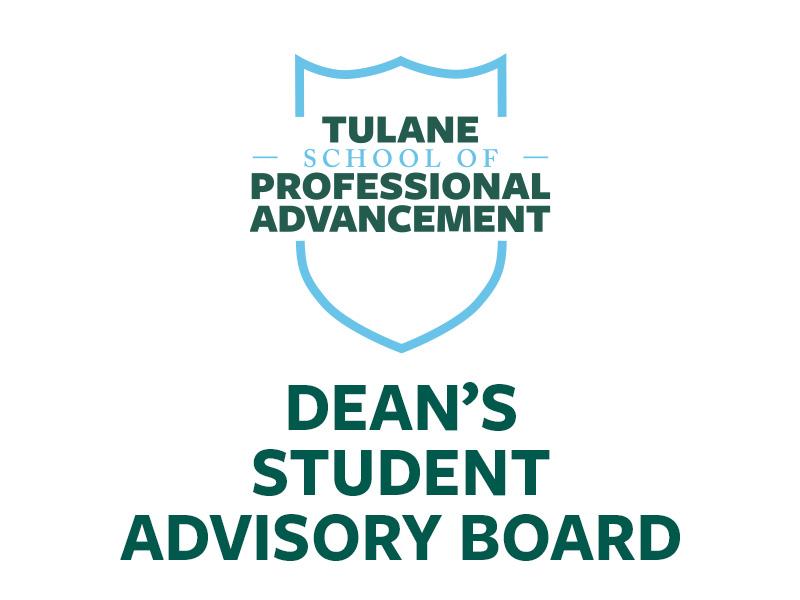