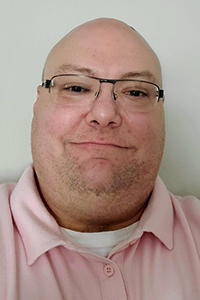 Justin Amerson is an IT Security Analyst at Corning Glass in Painted Post, NY, after spending the past two years as a Lead Cybersecurity Consultant for Wipro working at Corning.  He is the president of Amerson Security, LLC in Horseheads, NY, which provides cybersecurity-as-a-service to small businesses that usually wouldn’t have access to full-time resources of this caliber.  For businesses that cannot afford those services at all, he has also filed paperwork for AmeriSec.org, the first non-profit organization in the United States that provides cybersecurity-as-as-service free of charge.

Justin’s first career was in the restaurant industry, working his way up from bussing tables and washing dishes to Executive Chef.  In 2010 he decided it was time to make a career change, so he left the restaurant jobs behind and began his career in IT.  He chose this field because he knew it would be like getting into the aviation industry in the mid-1900s.  He went back to school and began doing remote systems and network management for a Canadian MSP.  Justin has also held positions as a Senior Threat Hunter, Senior Information Security Engineer, and Network Security Engineer for companies like Dish Networks, CenturyLink, and Charter Communications.  Like his restaurant career, Justin believes that being able to do a little bit of everything well is more valuable than being able to do one thing greatly.