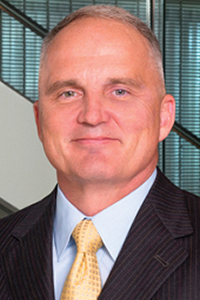 Walt Green focuses his practice on cybersecurity, white collar criminal defense and governmental investigations, and litigation. Mr. Green was the United States Attorney for the Middle District of Louisiana and the Executive Director for the National Center For Disaster Fraud from 2013-2017. He retired from the United States Department of Justice with over 20 years of federal experience. Additionally, Mr. Green has served in the United States Marine Corps for over 29 years and currently holds the rank of Colonel.

Since entering private practice, Mr. Green has been a sought after speaker and commentator on fraud, cybersecurity and data privacy issues, in BBC News, The Economist, Washington Post, USA Today, CNN Money, and the Associated Press. Mr. Green earned a spot on the National Law Journal's 2017 Cybersecurity and Data Privacy Trailblazer's list, a list which highlights the top 25 attorneys who have helped make a difference in the fight against criminal cyber activity.

While serving as the Executive Director for the National Center For Disaster Fraud, he worked with local federal and state law enforcement agencies to investigate, and ultimately refer credible leads regarding fraudulent activities associated with national disasters to law enforcement agencies nationwide for further investigation and potential prosecution. Such disasters included Super Storm Sandy and Deepwater Horizon (BP Oil Spill).

Mr. Green created and led the Middle District of Louisiana’s innovative cybersecurity initiative: a comprehensive effort to increase awareness of cyber issues, better protect potential victims in the district and take a more aggressive approach for initiating criminal investigations and prosecutions of cyber-crimes. Through his leadership, Mr. Green developed new relationships among the Middle District’s federal, state and local law enforcement partners; established a new law enforcement working group, whose goal is to proactively address and combat cyber threats; and engaged in outreach with the business community to raise awareness of cyber-crime issues. Cumulatively, these efforts resulted in a significant increase in the number of cyber related investigations conducted by his office.

During his tenure as the United States Attorney, Mr. Green oversaw his office’s efforts in the successful health care fraud initiative. This initiative resulted in dozens of lengthy prisons sentences and obtained judgements and restitution orders totaling tens of millions of dollars.

Mr. Green led his civil division in using the civil process to combat healthcare fraud, protect the interests of the United States, forfeit criminal proceeds, and collect millions of dollars in criminal and civil judgements for the victims of crime, the U.S. Treasury and various agencies.

Mr. Green began his professional career with the United States Marine Corps and has held numerous positions within the military, including serving as a judge advocate, instructor, operations officer and officer-in-charge. Mr. Green has significant overseas military experience which includes two tours of duty in Iraq. During his first tour of duty in 2004, he was the legal advisor for Seventh Marine Regiment. In that capacity he advised the command on the rules of engagement and international law during combat operations, including the First Battle of Fallujah. Mr. Green returned to Iraq in 2007, where he supervised six Assistant United States Attorneys, and four judge advocates regarding 13 international criminal law investigations. Notably, he advised the Iraqi prosecutors during the genocide and crimes against humanity trial of Ali Hassan al-Majid (Chemical Ali) and other regime members.