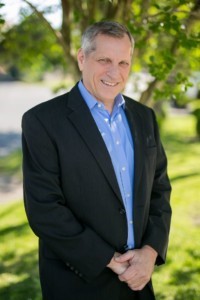 Vince Gremillion’s journey as an owner of one of the leading IT service companies started over 30 years ago when he became interested in electronics while at East Jefferson High School.  After graduating in 1979, he started taking classes at local trade schools for electronics. His education landed him a job with a local company which sold and repaired point of sale systems. His duties were to handle repairs at the Time Savers convenience stores and other small retail outlets.

As he progressed through his career, Vince was exposed to the first series APPLE and MAC computers. He installed networks for MACS and developed proprietary circuits. One circuit circuit array he developed, made troubleshooting and monitoring terminals nearly fool proof. That idea was put in print, and a Californian medical services company contacted him to build a version that interfaced with NEO NATAL monitors. The idea worked perfectly in that environment and the company purchased 3 sets of these arrays.

Vince moved on to work for AMOCO, Tomba Communications and a startup micro-computer company where he effectively solved a problem for the NASA’s facility at Michoud.  His innovative and very cost effective idea allowed users in the MIC room to share control of the MAC that drove a projector.  Vince received a commendation letter for that solution.

Continuing to dream about running his own business, Vince was able to maintain a part time position and start a new part time consulting job. Shortly after, he moved his home office into a small space and then launched on over twenty years of steady growth.