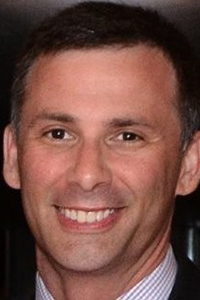 Terry’s career has been focused on enabling customer success through the use of Microsoft technology. He has almost two decades of experience in the implementation of Microsoft-based solutions and a broad range of consulting experience across multiple industry verticals, including government, healthcare and oil & gas.

Terry holds three degrees, including an MBA, and is also a certified Project Management Professional (PMP) by the Project Management Institute. He began his career as a software developer with a New Orleans-based Microsoft IT consultancy before moving into project management and eventually director and VP positions with that firm. In his VP role he managed a team of 75 employees and oversaw the sales, marketing, operations and recruiting functions of the organization. Following his time as a Microsoft partner, Terry moved to Microsoft in Microsoft’s One Commercial Partner organization, where he consulted with Microsoft partners to build net new Azure cloud infrastructure practices. He is now a Senior Services Delivery Manager with Microsoft Premier Services. In that role he serves as a business advisor to Microsoft Premier customers, helping them maximize the business value of their Microsoft investments.

Terry has been a lifelong resident of New Orleans and currently lives in the Garden District with his wife, Kelly, and two children, Trent and Elisabeth.