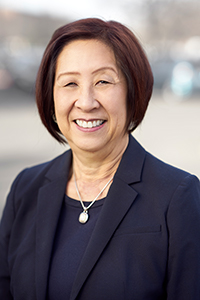 Teri Takai is the Executive Director of the Center for Digital Government, a national research and advisory institute on information technology policies and best practices in state and local government. She worked for Ford Motor Company for 30 years in global application development and information technology strategic planning.   From Ford, she moved to EDS in support of General Motors.   A long-time interest in public service led her to the government sector, first as CIO of the State of Michigan, then as CIO of the State of California, and subsequently the CIO of the U.S. Department of Defense, the first woman appointed to this role. She then served as the CIO for Meridian Health Plan.  She is a member of the FirstNet Board and several industry advisory boards.   Teri has won numerous awards including Governing Magazine’s Public Official of the Year, CIO Magazine’s CIO Hall of Fame, Government Technology Magazine’s Top 25 Doers, Dreamers & Drivers, the Women in Defense Excellence in Leadership Award, and the Department of Defense Medal for Distinguished Public Service.