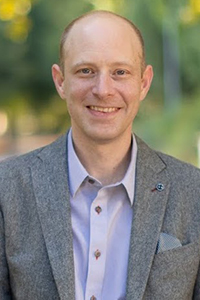 Scott is a husband, dad, and entrepreneur in New Orleans. Bothered as a lawyer at the unfairness for the little guys, Scott founded Levelset to even the $1 trillion construction playing field. He's on a mission to make payments less stressful for contractors and suppliers across the globe. Headquartered in New Orleans, Levelset now has more than 100 employees and is used by thousands of contractors and suppliers nationwide to make payments easier, faster, and less stressful on billions in contract value each year. Scott has led Levelset through three rounds of venture capital financing, raising over $16 million in outside investment from national venture capital firms like S3 Ventures, Altos Ventures and Brick & Mortar Ventures.

Levelset is a natural combination of Scott’s life experience. His father and grandfather were general contractors, out of law school he practiced construction law as founding partner of Wolfe Law Group, and since high school he’s owned and operated a software and design company, The Web Lab.

Recognized by New Orleans City Business as an “Innovator of the Year” and part of their “Leadership in Law Hall of Fame,” Scott has been on the Silicon Bayou 100 list every year since 2014, is a winner of Idea Village & Jim Coulter’s IDEAPitch, is the ACG’s reigning Emerging Growth Company, and a Junior Achievement Rising Star. Scott is a graduate of Brother Martin High School, Southern Methodist University (B.A.), and Loyola University New Orleans College of Law (J.D.).