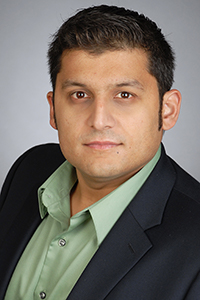 Neel Sus is the founder and CEO of Susco Solutions, a local tech firm that exists to help people lead more fulfilling lives by creating intuitive software for high-growth, people-centric businesses and organizations. Neel began his career as an engineer at Avondale Shipyard in 1999 before transferring to the Project Finance Group in 2002. Because all work orders were written by hand at that time, Neel taught himself programming to create the first electronic work order system in Avondale history. In January 2005, he started Susco Solutions part-time while still working at Avondale. A year and a half later, he left Avondale to pursue Susco full-time, committing himself to being part of the regional revitalization post-Katrina. Susco became one of the first three firms in Louisiana to develop an application for the iPhone. Over the last five years, Susco has become a market leader for internal business software development, legacy systems conversions, mobile workforce applications, Salesforce implementations and commercial mobile apps. In August 2007, Neel became the first participant in the Entrepreneur Organization's accelerator program, which helps businesses get from $250,000 to over $1 million in revenue. He was a founding member of net2no, a charter member of the GNO Inc. NextGen Council and a past president of the American Association of Indian Professionals. Neel has won multiple awards since Susco's inception, including Innovator of the Year (New Orleans CityBusiness), 40 Under 40 (Gambit Magazine), and Silicon Bayou 100 Most Influential People (Silicon Bayou).