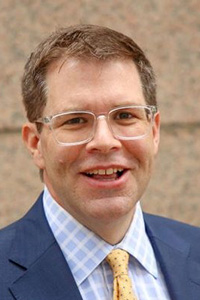 Marc is active in the Louisiana chapter of the Entrepreneurs Organization and is an alumnus of the  Goldman  Sachs  10,000  Small  Businesses  Program  and Louisiana Economic Development’s CEO Roundtable. He has served on the board of the Press Club of New Orleans, Ursuline Academy and the Young Leadership Council in New Orleans, where he led the inaugural “One Book, One New Orleans” citywide reading and literacy awareness initiative.

Marc earned his Bachelor of Arts degree in Political Science from Loyola University Chicago and joined the family business after a stint at Edelman Public Relations Worldwide in Chicago.