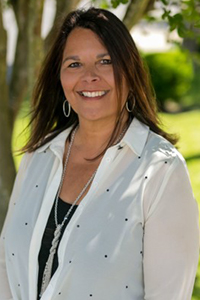 Kristy started her career as a programmer, data architect and business systems analyst in the insurance industry and high tech consulting.

In 1996 she was asked to head up the creation of an innovative website application for Allied Signal’s automotive division. The website highperformancedriving.com was ahead of its time with digital racing cards that users could trade, an alliance with Fan Scan allowing users to listen in on race car drivers and enabled some of the earliest EDI transactions over the internet.

She also created a character called the Answer Man, a pit crew guy, that was fashioned after a real Allied Signal employee. The Answer Man used an artificial intelligence software program that could diagnose potential mechanical issues for your vehicle and tied it to Allied Signal’s product line. The initiative landed Kristy and the CIO on the front cover of Computer World Magazine in November 1997.

Kristy was recruited over to EMC corporation as the Director of IT. There she helped create software that could remotely turn data storage on and off. She also introduced a marketing opportunity to sell that storage into the growing hosting business models. She was promoted to Director of Marketing of their showcase hosting facility that generated over $200M in incremental revenue for the company.

She was then recruited by a Johnson & Johnson company to head up their ecommerce initiatives, automate the sales force, and fly around the country evaluating surgeon internet ideas and incubate the best of them.

Her interest in Nanotechnology also lead to an R&D submission and ultimate think tank, creating 4 US Patent submissions/approval for the smart artificial disc using both mechanical and nanotechnology principles.

Kristy started her own consulting firm and has been involved in a number of SaaS startups driving the strategic business model as well as heading up development teams, product roadmaps, UX/UI conversion rate optimization and digital marketing efforts. Her initiatives have helped drive millions of dollars in revenue.

She is currently a consultant working with Microsoft, HPE, Hitachi and Vonahi Automated penetration testing working on various cybersecurity and technology projects.