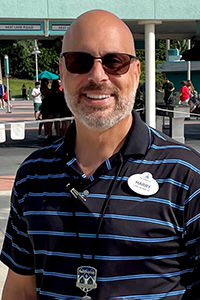 Mr. Norman began his law enforcement career in 1987 with the United States Park Police as a patrol officer in New York’s Gateway National Recreation Area, the Statue of Liberty and Ellis Island.  As an officer, Mr. Norman served in the patrol section, motorcycle unit, Horse Mounted Patrol (HMP) and communications section. Additionally, Mr. Norman was certified by the Federal Law Enforcement Center (FLETC) as a Driver Training Instructor and served as a Defensive Driving instructor for the National Safety Council and a Motorcycle Training Instructor for the US Park Police. Mr. Norman was promoted to Sergeant where he served as a supervisor assigned to the Statue of Liberty and Ellis Island in NY City.  In 1999, Mr. Norman accepted a position as a SWAT Supervisor in Washington, DC where he assisted in the service of high-risk search warrants, assisted in responding to protests and demonstrations for crowd control and mass arrests. Additionally Mr. Norman had responsibilities for protecting the nation’s monuments and memorials in the DC area as well as providing motorcade escorts for dignitaries and visiting heads of state as well as the POTUS and VPOTUS.

After the events of 9/11/2001, Mr. Norman accepted a positon with the Department of Homeland Security working in the Federal Air Marshal Service, where he held several positions including managing national training programs, such as the Behavior Recognition program, Terrorism awareness, and Surveillance Detection training programs. In 2007 Mr. Norman was asked to open a FAMS Phoenix Resident Office in Arizona, where he managed the office until 2009.  Mr. Norman’s next assignment was as the Program Manager for the Crew Member Self-Defense (CMSD) training program and the Federal Flight Deck Officer (FFDO) program. In this capacity, Mr. Norman was responsible for offering and providing training to thousands of US air carrier crew members throughout the nation. Mr. Norman also worked in the TSA/FAMS Program office establishing guidelines and training for the Armed Security Officer Program.

In 2010, Mr. Norman was promoted to the Air Marshal’s Investigations Division as the Assistant Special Agent in Charge (ASAC), where he oversaw the Agency’s personnel at the National JJTF, the National Targeting Center, the FBI’s Terrorist Screening Center (TSC) and the National Counter Terrorism Center (NCTC). In 2011, Mr. Norman was assigned as the (ASAC) in the FAMS Orlando Field Office and in 2014 accepted an ASAC assignment in the FAMS Miami Field Office where he served until his retirement.  In both these positions, Mr. Norman oversaw operational sections as well as Administrative and Training section functions in each office.  Mr. Norman retired from federal service in October 2016, after 29 years of federal law enforcement with 18 of those years in a variety of leadership roles.
Mr. Norman accepted a Senior Security Manager position with WDW Security in January of 2017 and was assigned to the Transportation and Ticketing Center, leading a high-performing team of security professionals at one of the properties largest security screening operations. In this capacity, Mr. Norman oversaw numerous improvements to the worksite to include the opening of a new Security Office and the expansion of Guest Screening operations.  In January 2019, Mr. Norman was requested to oversee the reorganization of the WDW Security Training and Development Section and is currently involved in numerous ventures to progressively improve Security training products and services. Additionally, Mr. Norman has conducted numerous Security Program reviews at WDW and is overseeing the Canine program and other organizational changes to include technology system implementation for Guest Screening at all WDW Parks and Resorts.