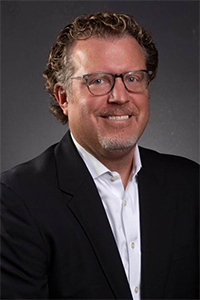 Supervisory Special Agent Van Deun entered on duty with the FBI in January 2001.  After new agent training in Quantico, he was assigned to the Chicago Field Office where he investigated Major Theft, Gangs/Drugs and Art Crime matters.  In 2007 he was promoted to Assistant Legal Attache in Lagos, Nigeria, representing the FBI in a seven country region of West Africa and responsible for both criminal and national security threats.

In 2009, Mr. Van Deun transferred to FBI Headquarters (HQ) as a supervisor in the National Backstopping Unit, Criminal Investigative Division.  Here he facilitated FBI undercover and covert operations across criminal and national security programs while working closely with other members of the US Intelligence Community.  In 2011, he was promoted to Chief of the same unit and was responsible for eight national undercover platforms and the alias identification program.

Mr. Van Deun was selected as Supervisory Senior Resident Agent in Billings, Montana in July 2012.  There he managed two Resident Agencies (RAs) covering 23 counties in eastern Montana, and was responsible for three Indian reservations and two task forces.  He also opened and co-managed a temporary office in Sidney, Montana to address rapidly developing threats in the Bakken oil region which later became a permanent office in Williston, ND.

In August 2014, Mr. Van Deun became Chief of the Economic Espionage Unit, Counterintelligence Division at FBI HQ.  He was the national program manager of all FBI economic espionage and theft of trade secrets investigations.  He was then promoted to Assistant Special Agent in Charge in the Washington Field Office’s Counterintelligence Division in April 2016, where he assumed responsibility for seven squads investigating espionage, economic espionage and counterproliferation matters.

From May 2017 – August 2018, Mr. Van Deun served as a member of the Senior Executive Service, detailed to another US Intelligence Community agency as Chief of Counterespionage, leading 200 employees vetting applicants and on-board employees for counterintelligence concerns.  He voluntarily stepped out of the SES to transfer home to Nebraska in 2018, where he currently leads the White Collar Crime/Public Corruption squad.

Mr. Van Deun earned his BA in Modern Languages from the Virginia Military Institute and an MBA from the University of Kansas.  Prior to joining the FBI, he worked in Washington, DC on Capitol Hill, then for an international banking trade association.  In the Kansas City area he worked for a small business providing export financing to other small businesses, as International Director of a family-owned heavy equipment dealer, and as a Financial Analyst for H&R Block Financial Services.