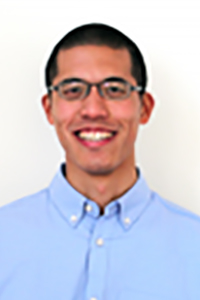 Aron Chang is an urban designer and educator based in New Orleans. He is working on community-based planning and design models for water infrastructure and resilience, in addition to teaching at the Tulane School of Architecture and Bard Early College New Orleans. He is co-founder and director at the Blue House, a Central City design collective and workspace focused on civic dialogue.

With Claire Anderson, he served as co-founder and co-director of Ripple Effect from 2014 to 2018. Aron is also a founding member of the Water Collaborative of Greater New Orleans and served on both Mayor LaToya Cantrell’s Transition Team Water Plan Subcommittee in 2018, and on the City of New Orleans Environmental Advisory Committee from 2017 to 2018.

From 2011 to 2017, Aron worked on urban design and resilience planning projects at Waggonner & Ball, where he was a design team lead and outreach coordinator for the Greater New Orleans Urban Water Plan. Other efforts include Resilient Bridgeport, Old Arabi Revitalization Plan and Streetscape Improvements, and the City of New Orleans’s winning proposal for the National Disaster Resilience Competition.