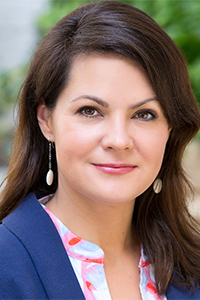 Alice Franz Glenn believes that advocacy and voluntarism are the two most impactful means to effect change. As such, she is the owner of Glenn & Associates, LLC, specializing in strategic philanthropy and community affairs consulting for a broad range of clients. Throughout her two decade career, Alice has worked with organizations such as the United Way, Loyola University of New Orleans and the Louisiana Restaurant Association. She has supported political candidates and government officials, having recently completed a term as legislative assistant to Speaker Pro Tempore Walt Leger, the second ranking member of the Louisiana House of Representatives.

Alice’s philanthropic and volunteer efforts are focused around women and family support, education and the arts. She is active with a number of non-profit organizations, currently serving as an at-large board member of the Association of Junior Leagues International. Locally, Alice serves on the United Way of Southeast Louisiana's Campaign Cabinet, the Executive Committee of Women United, the Board of A Shared Initiative, Inc., Institutional Advancement Committee for the Academy of the Sacred Heart, and Advisory Board for the Humanities and Social Sciences at Tulane's School of Professional Advancement. She is a sustaining member of the Junior League of New Orleans after serving on its board of directors three times, including as Board President in 2018-19. She chaired the Edible Schoolyard’s 2015 Edible Evening event, New Orleans Opera Association’s 2011 Opera Ball, and has served on numerous event committees.

Other than New Orleans, which she’s called home since 2002, Alice has lived in Houma, Baton Rouge and Jackson, Mississippi. She earned a bachelor’s degree in political science from Millsaps College and master’s degree from Tulane University. She currently resides Uptown with her husband, attorney Brodie Glenn, daughter Reese and son Brit.