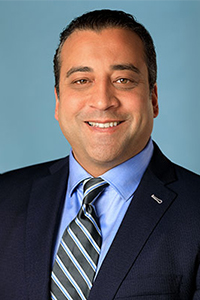 Alex Hernandez is the Founder and CEO of Hernandez Consulting & Construction, responsible for overall leadership and management of the firm along with setting strategy and culture.  He expanded the company from New Orleans, LA with offices now in Miami, FL and Boston, MA performing work in eighteen states.

His prior experience as a U.S. military officer and as an executive in banking in the private sector provided the perfect backdrop for his entrepreneurial ventures with Hernandez Consulting & Construction, Albert Architecture, NORF Companies and numerous joint ventures.

Previously he worked as an executive at Citigroup in New York where he worked in the areas of Global Operations and Infrastructure.  In his final assignment, he managed the Alternative Investments Services Department with overall responsibility for the servicing of Hedge Funds, Private Equity/Real Estate Funds and Structured Products sold in the US and LATAM.

Prior to entering the private sector, he served as a Captain in the U.S. Marine Corps specializing in Logistics Operations and in his last tour of duty he supervised the logistical support of a 900-person Squadron that provided maintenance and munitions support to seven flying Squadrons and over 120 aircraft.  His sense of duty for serving his country led him to begin his career as an Officer in the Marines, and is what initially drove his company strategy of becoming a general contractor of choice for government agencies with the Veterans Administration and Department of Defense historically being his primary clients.  Having served and supported numerous veteran servicing organizations, Alex has always felt passionate about veteran issues and made sure to proactively hire military veterans.