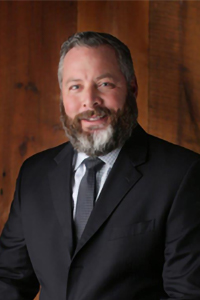 W. Beau Black currently serves on the Plaquemines Parish Council as the District 2 representative and as a commissioner for the Plaquemines Port Harbor and Terminal District. He was elected to those seats in 2014 and was chairman of the Port in 2016 and 2017 and was the Council chairman in 2019. In 2021, Governor John Bel Edwards appointed Beau to the Louisiana Lottery Corporation Board of Directors, where he currently serves at-large. Beau was a Security Advisor and a Corporate Security Focal Point to Government Agency and Trade Associations for Shell Oil USA from 2011-2022. Through that role, he served on the Oil and Natural Gas Subsector Coordinating Council as the vice-chair in 2021 and was its chairman in 2022. Beau is also a member of Tulane University’s Emergency and Security Studies Advisory Board and the Greater New Orleans Inc Next Gen Council. He was an adjunct professor at Tulane University in the School of Professional Advancement and taught courses within the Security and Emergency Management program. Beau was previously a career member of the United States Foreign Service at the Department of State, where he served as a Diplomatic Security Service Special Agent in Washington DC, San Francisco, New Orleans, U.S. Embassy Beijing, China, U.S. Consulate Ho Chi Minh City, Vietnam, and U.S. Embassy Suva, Fiji, where he also served as the interim Deputy Chief of Mission. He holds a bachelor’s degree in Criminal Justice from Loyola University New Orleans and a master’s degree in Military Operational Art and Science from the Air Force Air Command and Staff College. Beau resides in the New Orleans, Louisiana metropolitan area and is the proud father of beautiful twin girls.

What is the best advice you've ever received?
"Our destiny is not determined by the shoes we wear, only by the steps we take."

What advice would you give to someone who's considering finishing their degree, or starting for the first time as an adult?
The lessons learned or to be learned, the people you've met or will meet, and the relationships you have built or will build during this journey will help define your success in this profession.

Who has influenced you most in life?
My grandfather, my step-father, and The Dalai Lama