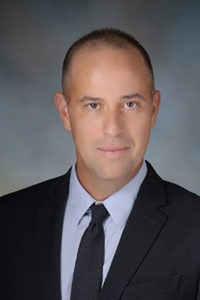 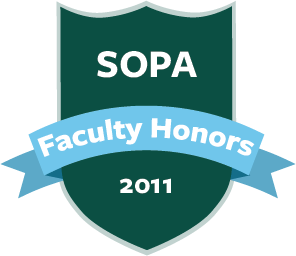 Since 2007, Travis Ian Smith has taught at Tulane, having found his niche creating courses that use contemporary films, novels, and award-winning television shows as a springboard for imaginative analysis. His favorite recently-taught courses at SoPA include Mad Men: An Analysis, Wes Anderson in Film + Lit, and Coming of Age Movies: the 80s. In addition to teaching at Tulane, Travis Ian Smith has published two books: The Salt Flowers, a book of poetry, and Indie Darling, a short novel. A competitive tennis player since the days of very, very short shorts and Wilson's T2000 tennis racquet, Mr. Smith is also a USPTA-certified tennis pro, teaching tennis to competitive juniors at City Park Tennis Center in New Orleans.

What's the first career you dreamed of having as a child?
I wanted, and still want, to play shortstop for the Houston Astros.

If you could travel anywhere, where would you go?
Spain: in search of great food, architecture, sun, beaches, siestas, mountains, and my ancestry.