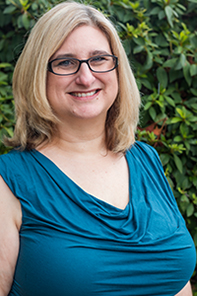 Stephanie Mease, B.S, M.S., received her M.S. in Mathematics with a Computer Science Emphasis at the University of South Alabama, which is also where she obtained her B.S. in Mathematics with a Computer Science minor. Immediately upon graduation, she began her career as a software developer the same year she began adjunct tutoring and teaching Mathematics at a local community college. From 2002-2006, she worked for Tulane University as an adjunct Statistics instructor at the Biloxi, MS campus. When she returned to the Biloxi campus in 2014, she was given the opportunity to teach classes for the CPST program. In 2019, she changed focus to developing content for online courses for this program and teaching said courses.

While teaching others is her passion, she chose a career in Software Development. The combination of math and programming has given her the privilege of working for such places as Ingalls Shipbuilding, Naval Oceanographic Office, NASA, CDC, and the National Institute of Health. Her preferred focus is database development, but she also has developed skills in many other technologies including .NET, C, FORTRAN, COBOL, SharePoint, K2, ColdFusion, ServiceNow, Dynamics, Linux, MS SQL, and Oracle, to name a few.