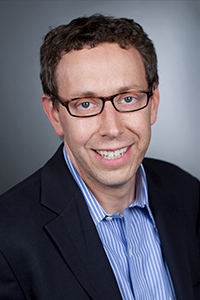 Neil Kleiman has spent 25 years building a career at the intersection of policy, philanthropy, government and academia. He founded an urban issues think tank, established new university degree programs, and developed innovative and practical policy solutions for dozens of cities across the United States. He has also written and edited over thirty policy reports, with his work featured in the New York Times, Wall Street Journal, and National Public Radio.

In addition to teaching at Tulane, Kleiman holds an urban policy professor appointment at New York University where he has taught courses on policy formation, urban innovation, and new approaches to managing technology and big data. He recently published A New City O/S: The Power of Open, Collaborative and Distributed Governance on Brookings Institution press. At NYU, Kleiman is the research director of the Mayors Leadership Institute on Smart Cities a partnership effort with the U.S. Conference of Mayors. He is also leading research assessing public sector organizational culture in partnership with Bloomberg Philanthropies and the Kennedy School at Harvard.

Kleiman was previously Director of Policy at Living Cities, a collaborative of the world’s largest foundations and corporate philanthropies. He began his career as the founding director of the Center for an Urban Future, a New York-based policy think tank. He serves on the board of City Year New Orleans and lives in the Uptown neighborhood with his wife and two children.