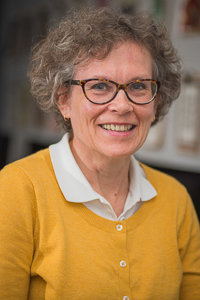 Lois Elliott received her M.A. in History, Université de Nancy, France in 1984, a Post-Baccalaureate Certificate in Paralegal Studies, Tulane University College (now School of Professional Advancement) in 1993, and interned with the Tulane Law School Immigration Clinic during the Summer of 1993.

Ms. Elliott volunteered with and was subsequently employed as a paralegal with the New Orleans Pro Bono Project (now The Pro Bono Project) from 1994-1995. She worked with low-income and homeless clients to assist with consumer, disability, family, and employment issues. Since 1995 she has been employed as a senior paralegal with in-house counsel for Travelers Insurance Companies (d/b/a the Law Offices of Waller & Associates). Ms. Elliott worked in medical malpractice defense for approximately 15 years, and has worked in personal injury, construction defect, workers compensation, other insurance defense litigation cases, as well as use of law firm computer technology for nearly 25 years.

Ms. Elliott served on the Tulane Paralegal Studies Advisory Committee from 2007-2014. She was appointed as a Tulane Faculty Fellow for 2012-2015.

What is your favorite thing about SoPA?
SoPA allows students of all ages and walks of life to start over, change careers and study at their own pace.

What is the best advice you've ever received?
Only worry about what you can control in life!

What are your favorite activities when you are not working?
Travel, reading, live performances and knitting.