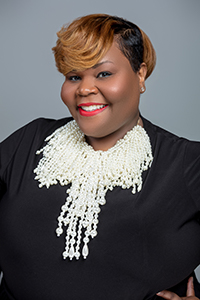 Kimberly O'Neil is an award-winning professor, executive leader, and social good expert who served as the youngest African-American female city manager in the United States. As a veteran senior government and nonprofit executive, she has led activities that have generated more than $20 million for community initiatives, negotiated major urban economic development projects, and used her voice to impact public policy decisions while lobbying in New York City and on Capitol Hill.

As an advocate for social businesses like nonprofits, Ms. O'Neil focuses on increasing the overall awareness of their impact on community and economic development. She is the CEO of Giving Blueprint, a company that increases community engagement through social business development, strategic partnerships, advocacy, and civic education.  Her work has been instrumental in bridging the gap between the needs of cities and counties and the individuals, businesses, and corporations that serve them.

In 2015 Ms. O'Neil launched Cause Studio, an initiative that provides training resources to aid in the capacity building efforts of nonprofit organizations. Since its beginning she has mentored organizations and helped them raise cash and in-kind support in excess of $1,000,000. For her efforts, she has been recognized with awards and honors by the City of Dallas Juanita J. Craft Civil Rights House Steering Committee as a Visionary Award Honorable Mention, United Way of Metropolitan Dallas as a Social Innovator,  Dallas Business Journal as a Minority Business Leader, National Association of Women Business Owners - DFW Chapter as an Entrepreneurial Spirit Mentor, and Plano Magazine in their annual Girl Boss edition. Additionally, Professor O'Neil uses her community and government experiences as a political science professor where she was honored as the Outstanding Associate Faculty of the Year for Collin College (TX), and as one of the Faces of Higher Education by Frisco Style Magazine.

Ms. O'Neil is a graduate of North Carolina Agricultural and Technical State University (B.A.), Brooklyn College (M.A.), and the Bernard M. Baruch College Marxe School of Public and International Affairs (M.P.A.). She received her credentials as a Certified Public Manager from The George Washington University.

Ms. O'Neil previously served as an advisory committee member for the United Way of Metropolitan Dallas Social Innovation Accelerator, and was appointed by the City of Plano (TX) Mayor and Council to the Community Relations Commission, where she serves as chair. She is a board member of Social Venture Partners Dallas, member of Delta Sigma Theta Sorority, Inc., and a founding member of HERitage Giving Fund - the first black led giving circle in Texas.