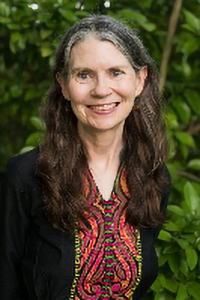 Dr. Welch’s career in public health started when she worked for CARE in Moscow, Russia, where she led a survey team to conduct nutritional surveys on the elderly, pregnant women and children under two. She continued her education at Tulane University where she obtained an MPH and PhD. She has an interdisciplinary PhD in global health, sociology and epidemiology.

After graduating with her MPH from Tulane, she worked six years as an epidemiologist for the CDC Adult Spectrum of HIV Disease Study based in New Orleans. She also has many years working as a Program Evaluator for various community agencies and the Louisiana Office of Public Health STD/HIV Program. Her academic career includes working as an Assistant Professor of Community Health Education at the University of Maine at Farmington and teaching online at the Tulane University School of Public Health and Tropical Medicine (TSPH) and the University of New England (UNE) Graduate School of Public.

At TSPH, she has taught Social and Behavioral Aspects of Global Health since 2012. At UNE, she has taught since 2006 a variety of online courses, such as Program Planning and Evaluation, Global Health, Emergency Preparedness, and Social and Behavioral Aspects of Health. This is her first semester teaching with SoPA, and she developed the course for SoPA during the Fall Semester 2019.

In her spare time, she likes to volunteer and compete in road races. She hopes to compete in the World Masters Mountain Running Championship in Austria in September. She has been an Ambassador for the Alzheimer’s Association and continues to work as an advocate to promote increased funding and research for this devastating disease. She is the author of numerous peer-reviewed articles and a children's book on early stage Alzheimer's. The name of the book is Sometimes Even Elephants Forget: A Story About Alzheimer's Disease for Young Children and it was published by Pelican Publishing in 2019.

If you could travel anywhere, where would you go?
Austria

What advice would you give to someone who’s considering finishing their degree, or starting for the first time as an adult?
Relax and be in the moment

Who has influenced you most in life?
My dad