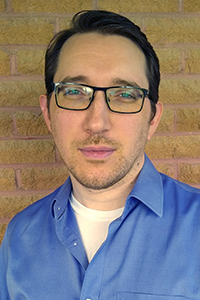 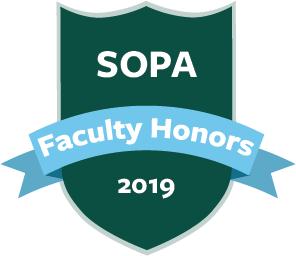 David Rodriguez is a professional writer based in New Orleans, who teaches on the SoPA Liberal Arts and Sciences faculty. He holds an MFA in Creative Writing from Florida State University and has been published in the New Orleans Review, The Southeast Review, The Sandy River Review, Hawai'i Review, 8-West Press, Alexandria Quarterly, Belle Rêve, and Jarfly, among other places.

He is also an instructor and adjunct lecturer with over 10 years of experience. His areas of focus have included online instruction, American literature, creative writing, composition and rhetoric, technical writing, editing, and writing about music—the last of which led to a class focused on the historic, genre-bending career of British band Radiohead.

As part of his teaching career, David has spent the better part of a decade serving as a mentor to new faculty, an adviser to graduate students, a co-editor of departmental texts, and a member of a Freshman Advisory Committee. With pride, David has twice won the “Favorite Educator” award from the Kappa Tau Chapter of Alpha Omicron Pi (2012 and 2017).

His wife is professional composer Elizabeth Joan Kelly, with whom he releases music under the band name Orca, Attack! During field goals and extra points at Saints games, he can frequently be seen on TV just to the right of the goal post in the visiting team’s end zone.

Without saying what the category is, what are your top five?
Dong Phuong
Bread’s on Oak [Champagne Orange]
Shake Sugary [Banana Nutella]
District Donuts [Cuccidati]
Randazzo’s

Without saying what the category is, what are your top five?
Bywater American Bistro
Marjie’s Grill
Barcelona Tapas
Vincent’s
Bennachin

Without saying what the category is, what are your top five?
Verti Marte
Crabby Jack’s
Liuzza’s By the Track
Russell’s Marina Grill
R&O's