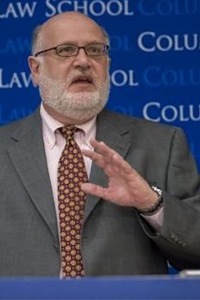 Carter K. D. Guice, Jr., J.D. is an Assistant United States Attorney in New Orleans, Louisiana. He earned his B.A. degree from the College of Arts and Sciences of Tulane University in 1982, with a double major in History and English, and his J.D. degree at Mississippi College in 1985. He began his career at the New Orleans District Attorney’s office and was appointed Assistant United States Attorney in 1989. Mr. Guice’s high-profile convictions include KKK leader David Duke, for mail and tax fraud; an Orleans Parish School Board President, the St. Tammany Parish Coroner, and the Louisiana Film Commissioner, for corruption; and numerous bank presidents and parish councilpersons for various frauds. Mr. Guice has prosecuted over sixty felony cases in state and federal jury trials. He has lectured at Columbia University Law School on post-disaster corruption and been published in national legal journals and other periodicals. He has taught at Tulane since 2004.