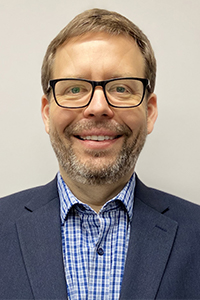 He has worked for the Mississippi Department of Information Technology Services since 2000 in various capacities. Beginning his career as a developer, he spent his first 13 years at ITS working on the e-Government team developing online applications to support the citizens of the State.  These applications ranged from services as simple as submitting ads in the Market Bulletin to allowing for Physicians to submit their required information to receive licensure in the State.

In 2014, he transitioned to the role of Data Network Manager in the Telecommunication Services Division at ITS.  In this role, he and his team are responsible for the State of Mississippi’s Enterprise State Network which includes the State’s fiber ring/metropolitan area network, wide area network, internet access, and service to the State’s primary and ancillary data centers.

In 2020, he was promoted to the Director of the Telecommunication Services Division.  In his current role, he oversees the various teams in the division - data network, voice network, security operations, customer service representatives, and cabling technicians.