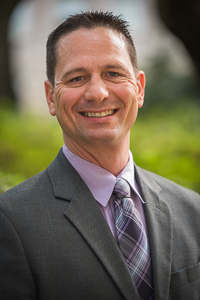 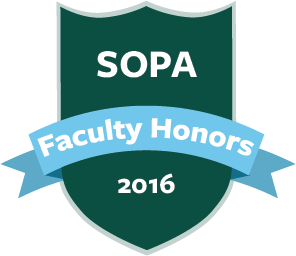 Dr. William (Bill) Rials is the Associate Director and Professor of Practice of the Tulane University School of Professional Advancement Information Technology Program, where he focuses on continually delivering and updating the program curriculum based on innovative and emerging technologies. In addition to the responsibilities of running the program, Dr. Rials is also a Professor of Practice and a Distinguished Faculty Member where he teaches innovative technology undergraduate and graduate classes. He is a nationally recognized subject matter expert on information technology.  He has had a career as an IT executive with broad experience delivering value to government, academic, and business partners through the innovative use of technology.
He was recently named a senior fellow at the Center for Digital Government. The Center for Digital Government (CDG) Senior Fellows are experienced and respected state and local government practitioners and scholars who have demonstrated records of success in support of public service

Dr. Rials had a diverse government technology career delivering value to state agencies, local governments, and law enforcement agencies throughout the state and local government space. He has served in CIO, CTO, and CISO roles for local governments and also in various leadership positions within the State of MS IT organization as a deputy to the State CIO. In this role, he crafted the blueprints for the state’s first hybrid cloud strategy and served as chair of the statewide Chief Information Officers (CIO) council. His government technology leadership was recognized in 2015 when he was elected Vice-President of the National Association of State Technology Directors (NASTD) southern region; he was later asked to serve as president in 2016. In 2017, he was given an award as one of the top 50 IT government professionals in the Nation by States Scoop magazine.  Additionally, he continues to serve as the principal consultant and Chief Technology Officer (CTO) for a technology managed service company specializing in delivering cloud solutions to small businesses.

Dr. Rials military service was with the MS State Guard where he completed Officers Candidate School conducted by the MS Military Department. His military service included working with the National Guard Assistant Chief of Staff (ACoS) G6 Office performing cybersecurity analysis and training for staff as well can a commander for a military police company. He was awarded the emergency service medal by the Adjutant General (TAG) of the MS National Guard for his service in leading the MP company that was in charge of the joint force headquarters security detail during hurricane Isaac in 2012.

Dr. Rials holds a bachelor's degree in business administration from Belhaven University, a master's degree in Computer Information Systems and Cybersecurity from Missouri State University, as well as a Ph.D. in higher education administration and public administration from Jackson State University. His dissertation research involved the critical factors that affect the adoption of cloud services within the public sector. He is a noted expert in the IT and Cybersecurity space and frequently quoted by national media outlets. He is also a frequent contributor to national IT government organizations such as NASTD, NASCIO, and the Center for Digital Government.