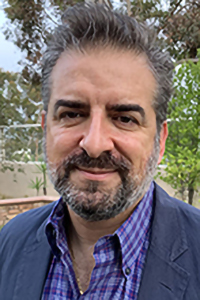 Dr. Alex Lazo possesses an extensive corporate and academic background in Management and Information Technology. He began his career in technical capacities and eventually became Director for Fortune 500 corporations. His transition to academia started in 2004 as an instructor of IT courses. In addition to teaching, he has held academic administrator roles in which he established the educational offerings and navigated through the accreditation process.

Dr. Lazo holds a PhD from Capella University in Organization and Management, with an emphasis in IT Management. He possesses an MS in Management Information Systems, as well as a BA in International Business, both from California State University, Fullerton.

When working with learners, Dr. Lazo believes that instructors must be especially attentive to the learners’ backgrounds. Each learner has his or her own reasons why they are there. In most cases, these learners have significant responsibilities outside of school. These responsibilities, which typically include family and established careers, must be considered and held in high regard by the instructor.