Take the Next Step

A Team of Experts to Guide Your Path

Our faculty are industry professionals and experts working in the field to provide you with the most up-to-date expertise and skills required of the industry today. 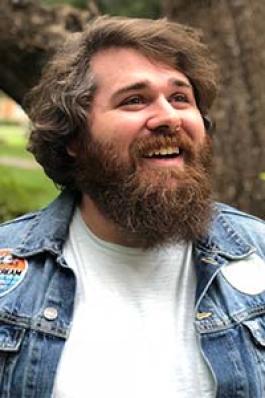 WHAT IS THE BEST ADVICE
YOU'VE EVER RECEIVED?

Ross Turner’s parents won him as the second place prize in a watermelon-eating contest at the Yockanookany County Fair in 1986. He grew up in Chickenbone, Mississippi, subsisting on a heart-healthy diet of fried catfish, fried okra, and fried Dr. Pepper. Mr. Turner spent his days chasing frogs in shallow creeks, building forts, and drawing stuff; and his nights sleeping in the greatest tree house ever built.

His  artwork is focused on the exploration of the idiosyncrasies of Southern culture. As a native Mississippian, Ross struggles to define his emotional connection to a region which is home to extraordinary creativity and innovation as well as extreme poverty and racial tension. In an effort to reconcile this cognitive dissonance, he turns to the richest of all Southern traditions: storytelling. Mr. Turner earned his BFA degree in Studio Art from the University of Mississippi and his Master's of Fine Art degree from Texas A&M University - Corpus Christi.