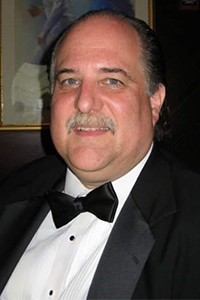 Jim Roscovius graduated with a master’s degree in Information Systems from American Sentinel University. Having received both his bachelor’s and master’s degrees online, Mr. Roscovius knows what it takes to be a successful online student.

Mr. Roscovius has taught many courses in the world of information technology, including introductory courses, as well as Management Information Systems and Systems Analysis and Design. He has also taught business courses, such as Microcomputer Applications for Business and eBusiness.

While working as a Network Director at Briar Cliff University, Mr. Roscovius decided to start teaching as an adjunct, and continued to do so throughout his almost 10-year stint as a Network Administrator for the Product Development department at Gateway Computers. He has also taught at Western Iowa Tech Community College and Northeast Community College.

Mr. Roscovius currently lives with his wife, Liz, in Sioux City, IA – right on the border of Iowa, Nebraska, and South Dakota. His two grown children also live in town, and he is very happy to still have them in the area.

Mr. Roscovius is a drummer and enjoys theater – he has acted in over 25 productions. He enjoys reading and attending local concerts. Being from Wisconsin, he is also an avid Packers fan. GO PACK GO!!