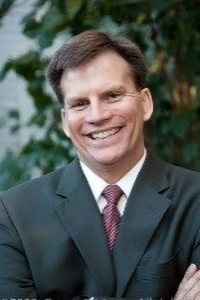 Richard Exnicios is an Administrative Law Judge with the United States Social Security Administration Office of Disability Adjudication and Review.  He is a proud graduate from Tulane’s University College, the predecessor of the current School of Professional Advancement. Richard also attended Tulane Law School where he earned his Juris Doctorate and Certificate in Sports Law while also serving as a member of the Environmental Law Clinic.

Selected by his peers to serve on the Louisiana State Bar Association Ethics Advisory Committee, Richard annually teaches professionalism to incoming Law students at both Loyola and Tulane University to not only prepare, but inspire students to be better to each other and the world around them.  A quote you will often hear from Richard is  “without the support of my advisor for my undergraduate program at Tulane, I would have never made it” – a statement about the support he received from the school now known as The School of Professional Advancement and the special relationship they foster with their family of students.

Richard lives in New Orleans with his wife Nancy and his son Richard “Rex”.  When not at Tulane events, Richard is often leading Scout adventures with Lusher Charter School.