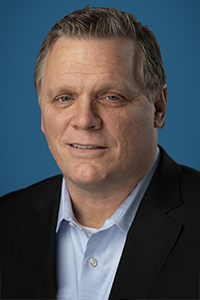 Mark Selby is the Global Operations Lead for Leadership Support Services within Global Security and Resilience Services at Google. In this role he is the foundation for the Protective Services Teams, providing support for greater team operations by providing oversight of the continued expansion of clients, stakeholders, staff, process and policies, administration, and quality control while directly supporting Event and Executive Security, Air operations and the security of at-risk Googlers

Upon graduation from Washington State University in 1988, Mr. Selby began his federal law enforcement career as a special agent with the U.S. Customs Service in Seattle, Washington, where he successfully investigated significant Federal criminal violations including financial, narcotics and general smuggling, and counter-proliferation.

Mr. Selby returned to government service in 2006 with the HSI Office of the Special Agent in Charge (SAC), San Francisco, California. As a Group Supervisor assigned to the HSI San Francisco Gang and Sexual Predator Unit, his group received the Department of Homeland Security (DHS) Assistant Secretary’s Award for the Project Devil Horns RICO/VICAR investigation, which dismantled San Francisco’s most active and violent MS-13 transnational street gang clique, located in the Mission District of San Francisco.

In 2009 Mr. Selby transferred to HSI Headquarters and was assigned to the Illicit Finance and Proceeds of Crime Unit (IFPCU). In 2010, Mr. Selby was promoted to Unit Chief over the National Gang Unit where he managed the HSI National Gang Program and drove the Operation Community Shield international gang enforcement initiative, aimed at reducing gang related criminal activities and enhancing public safety

In 2012, Mr. Selby joined the HSI, International Operations Division where he held the position of Operations Chief over Europe and then Mexico. Mr. Selby oversaw 19 offices in 11 countries, which had a combined area of responsibility (AOR) of more than 60 countries throughout Europe and Mexico. In these roles, Mr. Selby was responsible for the management and supervision of more than 150 employees and budgets totaling greater than $40,000,000.

In 2013, Mr. Selby was appointed the Deputy Special Agent in Charge (DSAC) in the HSI Los Angeles office in Long Beach, California. Among other significant successes, he led his divisions to the largest single day bulk U.S. currency seizure, more than $92 million dollars, in U.S. law enforcement history.

In 2015 Mr. Selby was appointed by the Secretary of DHS as the Federal Coordinator for both the 2015 World Special Olympics held in Los Angeles and the 2016 Tournament of Roses Parade and Rose Bowl Game. In this capacity he served as the Secretary’s representative locally, and was responsible for coordinating federal support for state, local, and private sector event planners, and participating federal departments for these designated special security events.