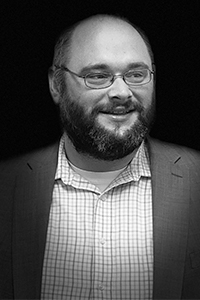 Jonathan Wisbey currently serves as the Chief Technology Officer for the City of New Orleans, a role that he has held since July 2018. As CTO, Jonathan is responsible for the City’s smart cities efforts and he oversees the City’s Innovation Team, Office of Performance and Accountability, and Equity Office. He is also charged with developing a strategic approach for providing enterprise-level technology solutions for the City’s primary IT needs.

Jonathan began working for the City of New Orleans in 2012, as an Innovation Manager in the City’s Office of Information Technology and Innovation. Later, he also served as the Deputy Chief of Staff to Police Superintendent Michael Harrison.

Prior to his work with the City, Jonathan was employed by The Ferguson Group (TFG) in Washington, DC, initially as an Associate and later as the Director of Grant Services. TFG is a governmental affairs firm that works primarily to make sure that federal funding is provided to local governments.

Jonathan is a graduate of Williams College in Massachusetts and has a Master’s Degree from Georgetown University in Washington, DC.