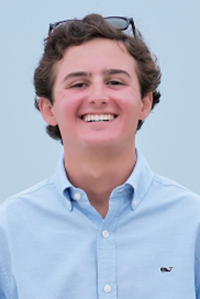 Ethan Sirhal is a member of Tulane University’s Class of 2023 where he is a candidate to receive his BS in Economics and BA in History. He is also a contracted cadet in the Orleans Battalion ROTC Program, through which he won a 3-Year National Scholarship from the US Army.

At Tulane, Ethan is involved in a number of different programs within the campus community. Academically, he is conducting funded research through the Tenenbaum Sophomore Seminar. The focus of his work is the role of US military and quasi-military forces in establishing colonial control over the Unincorporated Territory of Puerto Rico. Apart from the classroom, Ethan also serves on Dean Suri Duitch’s Student Advisory Board which consults the Dean on the current needs and issues that Tulane students face. Within the ROTC Program, he is the MS-II Class Leader and acting Public Affairs Officer (PAO) for his battalion.

In past years, Ethan has worked as a lifeguard, Lifeguard Training Instructor (LGTI), and Beach Supervisor on Cape Cod for the Town of Barnstable, Massachusetts —his home. In 2018, he was awarded a Governor's Citation from the Office of Gov. Charlie Baker as well as a National Red Cross Lifesaving Award for his efforts in resuscitating a drowning victim. This coming summer, Ethan will be staying in New Orleans to serve as a CAST Fellow for Tulane’s Office of Admission, during which time he will work with admitted students to build a good foundation for success at Tulane.

In his free time, Ethan enjoys visiting his four older sisters, his two brothers-in-law, and his two nephews. His hobbies comprise studying sabermetrics, collecting vinyls, flying his drone, and bragging about his home state.