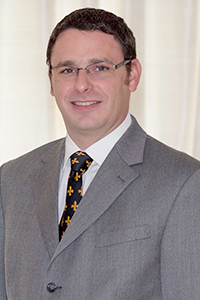 With early roots programming in BASIC on the Apple II and later a member of the New Orleans dial-up BBS community, Chris Tusa formed an early passion for computers. In 1998, he founded a web-hosting and consulting company until 2004 when his company was acquired. Chris joined Rackspace in 2005 where he gained significant experience working with large scale deployments, including YouTube, 37-Signals, and other large enterprise accounts. In 2007, he led a project at Rackspace to build the first Virtual Private Cloud based on VMware.

For the next 3 years Chris functioned as the Chief Architect of Viawest (now Flexential), a colocation and managed services company where he designed and deployed infrastructure to support complex customer environments, multi-site, disaster recovery, PCI/Hippa Compliance, and VPC.