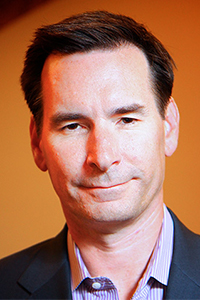 Chip Register is currently the Group CEO of Argano, Inc, where he is committed to building a world-class set of consulting and technology capabilities with deep industry expertise. He also was the Co-Founder of inNOLAvate Venture Capital in New Orleans, a firm dedicated to providing growth capital to emerging companies in the region developing transformational digital, industrial or pharmaceutical technologies.

Until December of 2017, Register served as a member of the Executive Committee of Publicis Groupe, one of the three largest media and communications holding companies in the world. He joined Publicis when it acquired Sapient Corporation in 2015. At Sapient, he served for eight years on the company’s leadership team and as the CEO of Sapient Consulting.

In 2010, Mr. Register was named one of the “Top 25 Consultants in the World” by Consulting Magazine.

Prior to Sapient, Mr. Register built and managed trading operations for a variety of financial and commodity services firms, including UBS, CIBC and Louis Dreyfus in North America as well as Essent Energie in the Netherlands. He is regarded as a pioneer in the early applications of large-scale data analytics and emerging technology in these activities.

Mr. Register resides in New Orleans with his wife, Andrea, and daughter, Madelaine.