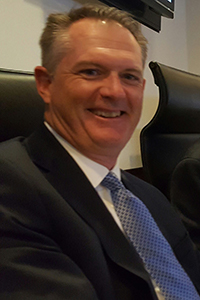 Richard L. Russell is Lecturer for Tulane University as well as Professor of National Security Affairs at the National Defense University’s Near East and South Asia Center for Strategic Studies.

Mr. Russell’s career blends scholarship with national security practice. He holds a Ph.D. in Foreign Affairs from the University of Virginia and has held research appointments with the Miller Center of Public Affairs at the University of Virginia, the Institute for the Study of Diplomacy at Georgetown University, and the Center for the National Interest. He previous taught graduate courses as an adjunct professor of security studies for Georgetown University. Mr. Russell also served for seventeen years as a political-military analyst for the Central Intelligence Agency.

Mr. Russell’s teaching and research focuses on international relations, American foreign and defense policy, strategic studies, intelligence, terrorism, and Middle East security. He is the author of three books: Sharpening Strategic Intelligence: Why the CIA Gets It Wrong and What Needs to be Done to Get It Right (Cambridge University Press, 2007); Weapons Proliferation and War in the Greater Middle East (Routledge, 2005); and, George F. Kennan’s Strategic Thought (Praeger, 1999). Russell also has published more than forty journal and magazine articles and sixteen chapters in edited books.