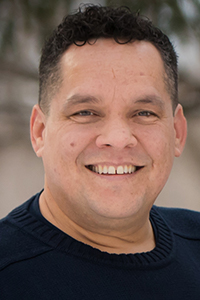 David Dalley is a Media Instructional Designer for the School of Professional Advancement. He develops media for online SoPA courses focusing on making them more engaging and effective.

While working on his bachelor’s degree in Choral Music Education at Brigham Young University in Provo, UT, Mr. Dalley began working in audio recording and engineering by building a portable recording studio serving public schools’ musical groups. This opened opportunities to also work in graphic design. After graduating he worked as the director of a music learning center in Tampa, FL. But his path in music education was short-lived as he soon found himself back in media working as the director of operations and producer for a nationally syndicated radio program. This launched a 10-year stint working in radio (both talk and music, broadcast and internet) as a sound designer, producer, station manager, and director. During these years he also worked in graphic design and video production.

After Mr. Dalley obtained his MS in Instructional Design & Technology from Full Sail University in Winter Park, FL he developed instructional design and e-learning materials for various companies as a freelancer and employee, focusing on media assets.

Mr. Dalley works remotely from Provo, UT. He is married, has six children, three sons-in-law, and four grandchildren. His most enjoyable past-time is performing on the stage with his entire family: singing, making music, acting, and yes, even dancing.

If you could travel anywhere, where would you go?
New Orleans, LA. I've never been!

Who has influenced you most in life?
My dad. He is one of the most humble, teachable, and kind persons I know. His love for others knows no bounds.

What advice would you give to someone who's considering finishing their degree, or starting for the first time as an adult?
Don't stop! Don't quit! If you need it, take a break but then jump right back in!